Out of Nickel: Unnoticed, the raw material runs out 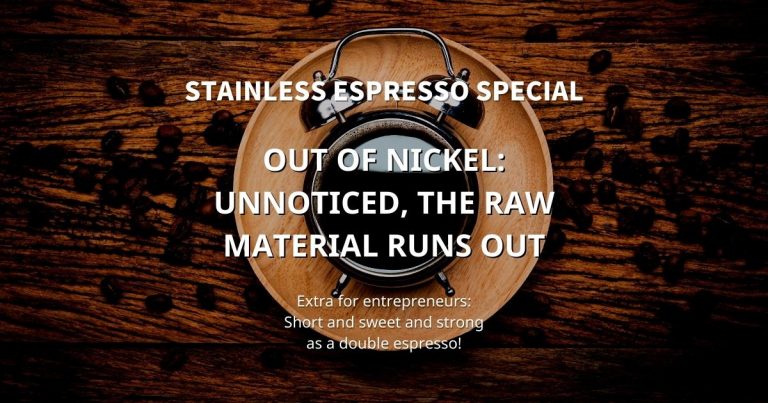 In less than eight years, the Philippines will run out of nickel. Already in 2030, with the current Philippine production quantities and necessary increase quotas, no more nickel can be mined from currently known deposits due to the increasing demand. Deposits in Canada will run out as early as 2032. In 2034 in the United States. China’s turn comes in 2035, followed by Indonesia in 2036. And in 2039, Russia will also run out of nickel. Source